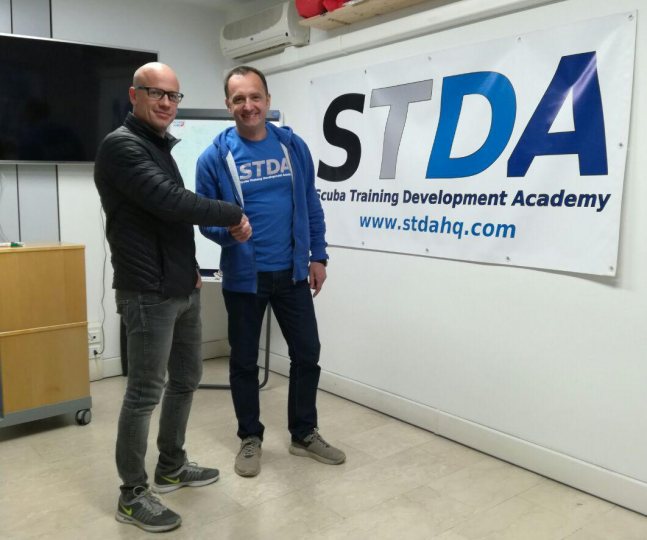 In the month of April Gabriele Pegoretti, president of 'Shark Diver' Trento Association, and Marco Valenti, founder and Training Director of the 'Scuba Training Development Academy (STDA)', have formalized the start of a collaboration that leads   'Shark Diver' association to be able to propose STDA recreational courses with DIR approach in the province of Trento, starting from the beginner's course R1 (Open Water Diver), R2 (advanced), R2 Deep (40mt and introduction of Tri-Mix mixtures), EanX, Fundamentals and Divemaster.

The collaboration was made possible with the training of Pierluigi Redolfi, vice president of the association, that, obtained the certifications 'Fundamentals - Intro to Tech', 'Intro to Rebreather-Adv' and finally STDA Recreational Instructor.

To Pierluigi, who has already begun to teach, and to 'Shark Diver Trento' best wishes for good work by STDA!