standards, in all the diving positions, without ay change to the original design.

STDA is proud to have selected from the beginning the XCCR as one of the rebreathers that matches the agency philosophy and safety standards.

Tested for the first time in 2015 when it was a prototype, Marco Valenti, STDA founder, became one of the first XCCR trainer, and had the confirmation the XCCR took the right path to follow the Hammerhead success in terms of safety and reliability.

STDA has been the first agency to present the specific XCCR Diver Manual (italian and english).

For 2019, STDA has planned courses, x-over and trial dives with the XCCR rebreather 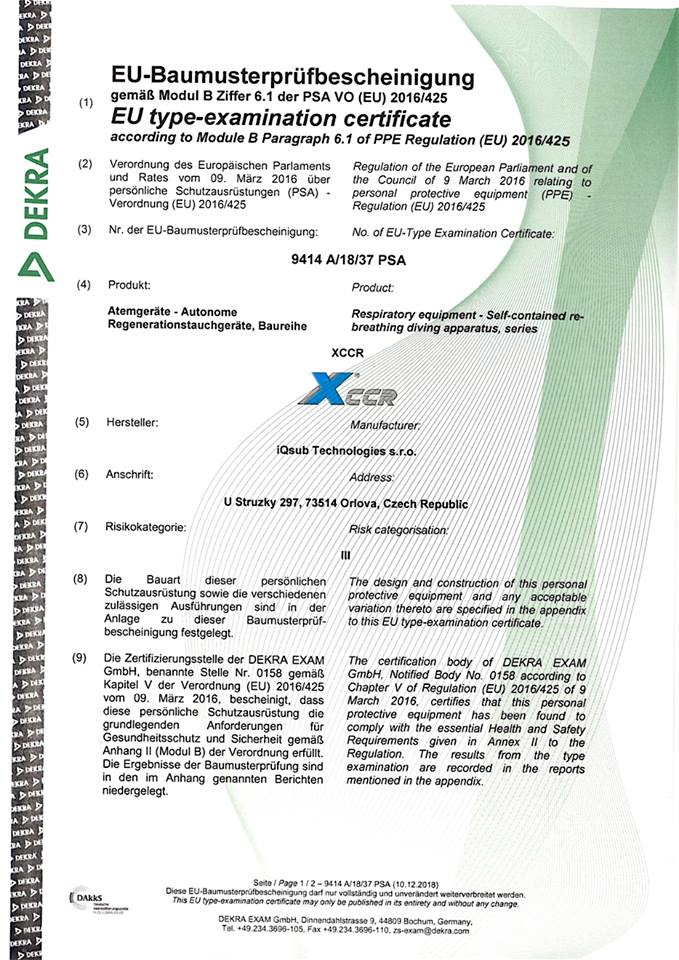